Perception, Perspective and Reality: Finding the right way in a world of fake news 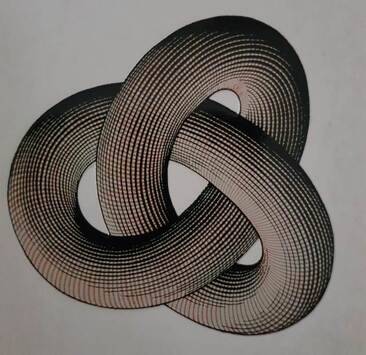 A common expression in life today is that perception is reality. Of course, for the person who has perceived things in a particular way and feels convinced of their perception, the matter is as they see it and does form their reality. But, is this reality in an objective way? Can we even speak of an objective reality, a truth that stands no matter how it is perceived?

It may be helpful to consider perspective as opposed to perception. A perception can mean the ability to see, hear, or become aware of something through the senses, and also means the way in which something is regarded, understood, or interpreted. It is the combination of the two meanings that leads us to say that a person’s perception becomes their reality. What then is perspective? Perspective (not in the sense of representing three-dimensional objects on a two-dimensional surface) means holding a particular attitude towards something or a way of regarding something, a point of view. This takes into account that this point of view is one of many and although it may be considered advantageous is not exclusive to other points of view of the same thing. The perspective may highlight a certain feature or provide a clearer view of a certain aspect. What is essential is that a perspective is not a perception. The former sees what is as it is (even if from one viewpoint) while the latter interprets something in a way that may be false, misguided or simply wrong. In a world in which fake news has become an everyday term and we seem beset by opposing views that are in conflict we could do well to wonder at what is perception (and how true it is) and how we might develop perspective on the reality of things.

When the Creed of the Christian Community was composed it took a very particular perspective on the spiritual realities of which it spoke. No longer, was this a set of statements of faith – subject to belief and therefore to perception, but rather it was written as statements of fact (reality) which can be grasped from one’s current perspective and grow for one as the perspective changes while remaining an objective reality.
​
What is our current perspective of the spiritual world and of our reality here on earth? How might we develop the art of perspective and learn to let go of our perceptions?

The Epiphany of the Three Priest-Kings ​ 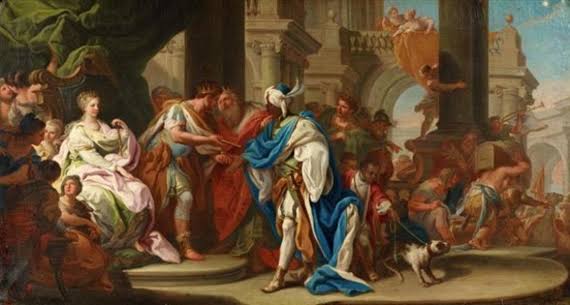 The Three Magi in front of Herod by Sebastiano Conca
by Rev. Reingard Knausenberger

When anyone on this planet earth wishes to see a sunrise, they will be looking east. Regardless of belief, language, race, age or continent, every person on earth will know to look in a specific direction to experience the rising sun. This is a universal fact. The experience of the rising sun is very different to the experience of the setting sun in the west. In between these opposite poles lies the dynamic experience we call ‘life’: our individual life, our collective life, every day.

The three Priest-Kings travel from the east toward the west. It is a journey by night, guided by starlight. Their capacity was, to be able to interpret and be motivated by light rising into night darkness. It was a star which guided them in a certain direction, but it was their interpretation which ultimately led them into the darkness in which no light shone, where it was pitch black and all orientation vanished. A very distinct and new experience. Yet here, in that place, they found in themselves the question: Where? How? They had to go into themselves. Facing evil, in Herod’s presence, they searched within themselves, possibly even having to overcome doubt, re-affirming and anchoring in their heart what had become irrevocable knowing during the long journey.

This shift, which the Priest-Kings had to do from an outer to an inner orientation, is archetypal. Everyone is called upon, at some point in their life, to do this. It seems to be the adverse situation, the painful, bad and even evil situations which wake us up and mobilise an autonomous resource we didn’t know we had within us. The power that covers up, lies and deceives ironically has answers to the question Where? How? When? It has access to ‘the archives’, to the truth of the past, to what was. Its task seems to be to awaken and to connect to the exact detail of the earthly situation. Once the kings heard what Herod had to say, they could verify its truth with their heart and connect it with the present to act accordingly. They could find the light of the star again and could follow it, but now from within. Every human being has a guiding star, an angelic being, which guides their personal path. What is an outer reality for a child must become an inner reality for an adult.

Once the Priest-Kings had found the noble child they were seeking and could offer up their gifts to him, acknowledging therewith their deep connection with this individual from a long-shared past, they experienced another shift of awakening. After this deed of real-time connecting, they woke up out of a kind of sleep to a new dramatic revelation: a new star was rising in humanity through this child, our collective star, promising a new sunrise. Through this child comes the possibility to connect heavenly and earthly intent within the own ‘I am’, it will be possible to unite outer and inner reality. And this changes our ‘ways’: the way we do, see, think, the way we comprehend and the way we connect and yet remain autonomous. The star we each follow is the light which shines in the individual heart. But to grasp this as a universal fact which unites all humankind, is a journey in a specific inner direction. What is individual is also potentially the most universal. ‘Life’ unfolds in this tension. We are all underway from different points of departure toward the same sunrise.
​
(Refer to Matthew 2)